The Temple of Bacchus is one of the three temples at Baalbek Ruins in what is now Syria. While this temple is larger then Greece’s Parthenon it is much less well known. This is despite the fact that it’s one of the best preserved Romans temples in the world. 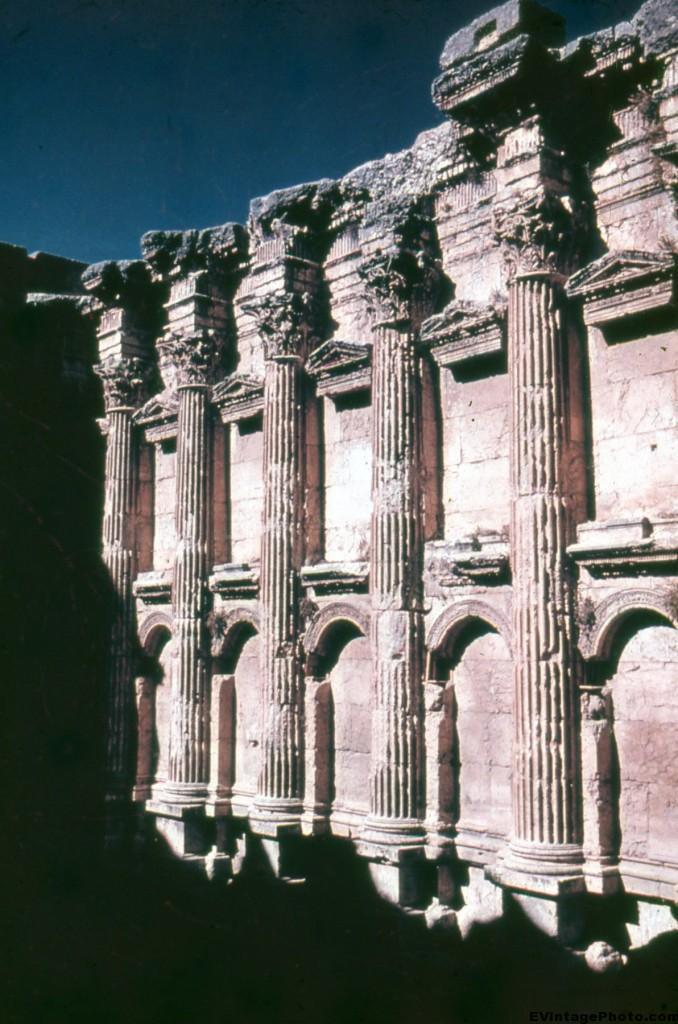 Vintage photo of a closeup of the Temple of Bacchus – 1956

The temple was made a World Heritage Site in 1984.