This is one of the unlabeled slides in my collection. It’s among a collection of stuff from around Mt. Rainier in Washington, but I was not able to find a similar scene that was labeled. If you have an idea of where this might be, please comment below! 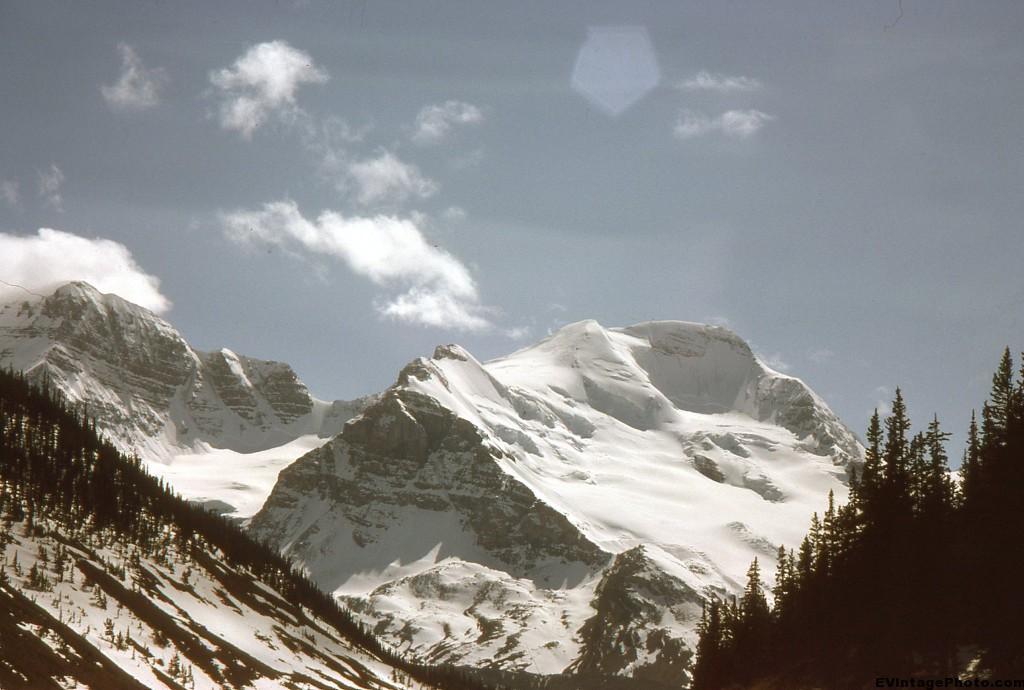 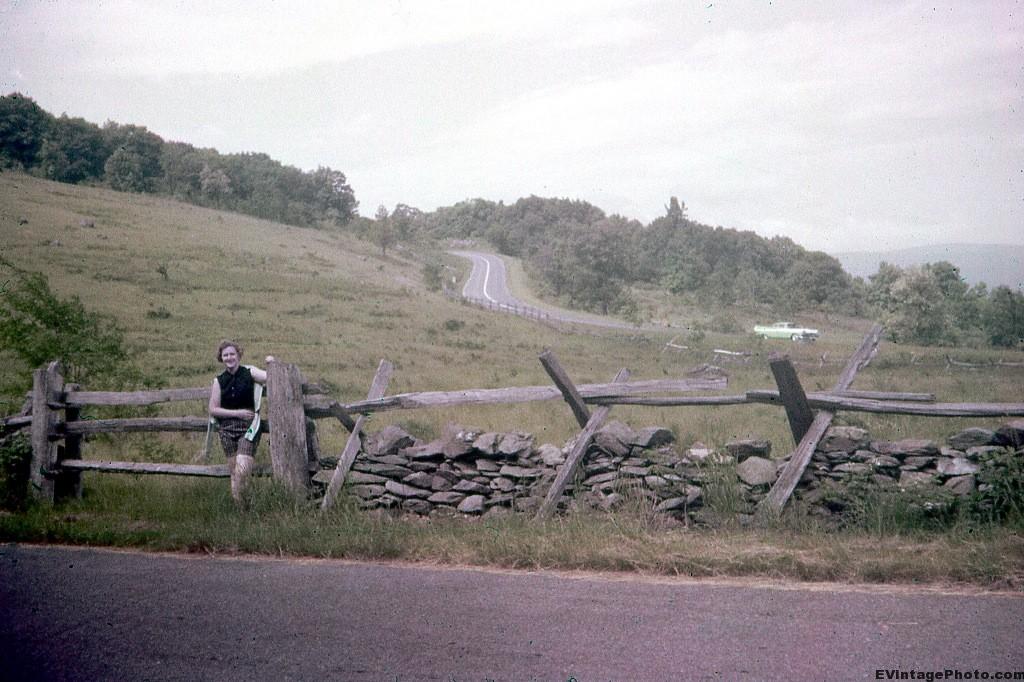 An unlabeled slide, of a woman standing by a wooden fence and stone wall beside a pasture of some sort. A vintage vehicle drives in the background. 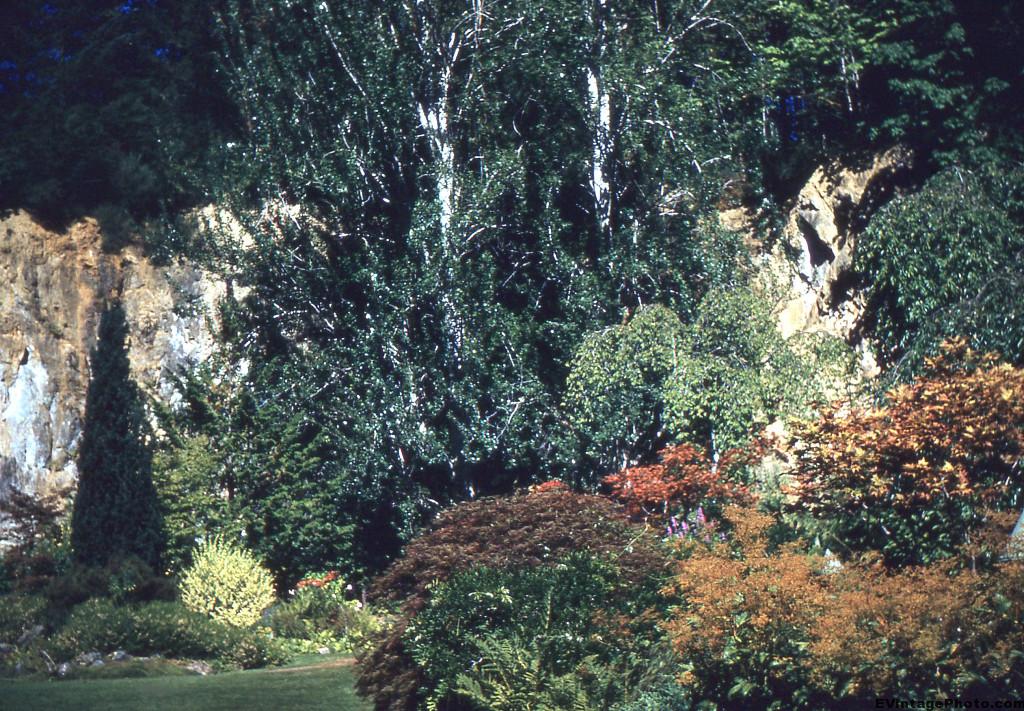 The Butchart Gardens is one of, if not the top tourist attraction in Victoria, British Columbia. I believe that this is the “Sunken Garden,” which is one of the oldest parts of the garden. It was first built by Jennie Butchart, who’s husband, Robert Pim Butchart had a limestone quarry here. As the limestone deposits ran out, Jennie had topsoil from surrounding farms carted in. 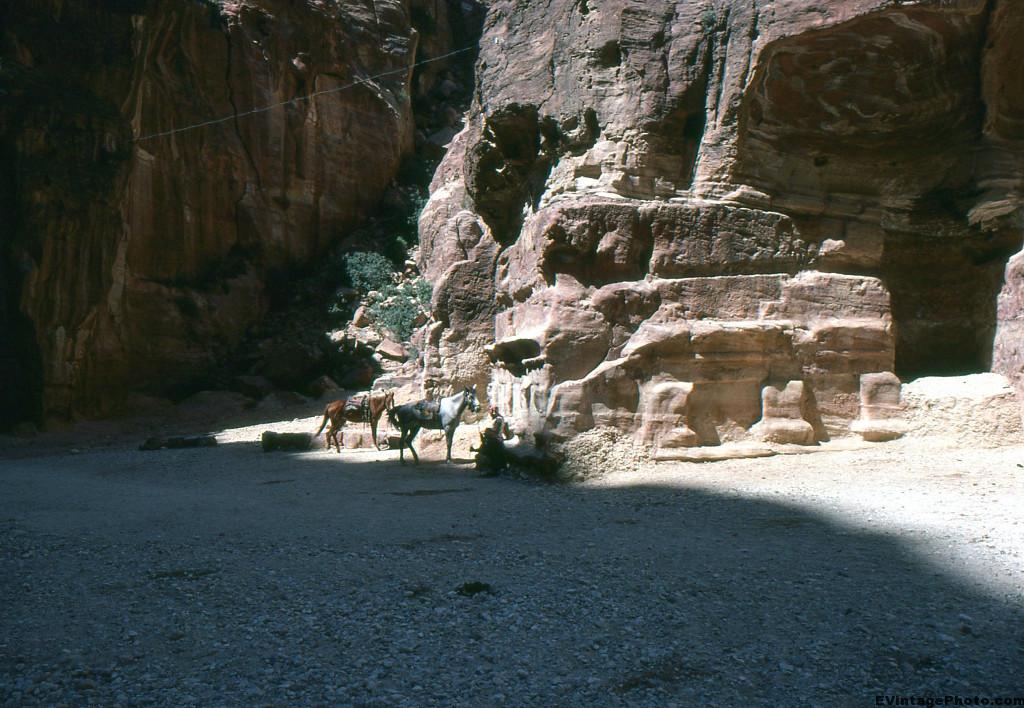 Petra is a historical city in Jordan. This is a fascinating place to me and on my “bucket list,” and like many others, I’d probably like to ride in on horseback.

While this location was used in Indiana Jones and the Last Crusade, I find the real city much more fascinating then the movie version. Archaeologist Zeidoun Al-Muheisen of Yarmouk University in Jordan tells National Geographic that only about fifteen percent of the city has been uncovered.

The city was the center of a trade empire ruled Nabataeans. They were absorbed into the Roman Empire in 106 A.D. That led quickly to Petra’s downfall as land trade routes were abandoned in favor of sea based ones. A major earthquake in 363 damaged the city’s water supply and it was totally abandoned in 663 after Arabic Conquest. The city was known to tourist for centuries even in the Middle Ages. Egyptians visited in the 13th century, and Johann Ludwig Burckhardt of Switzerland described the city in 1812. 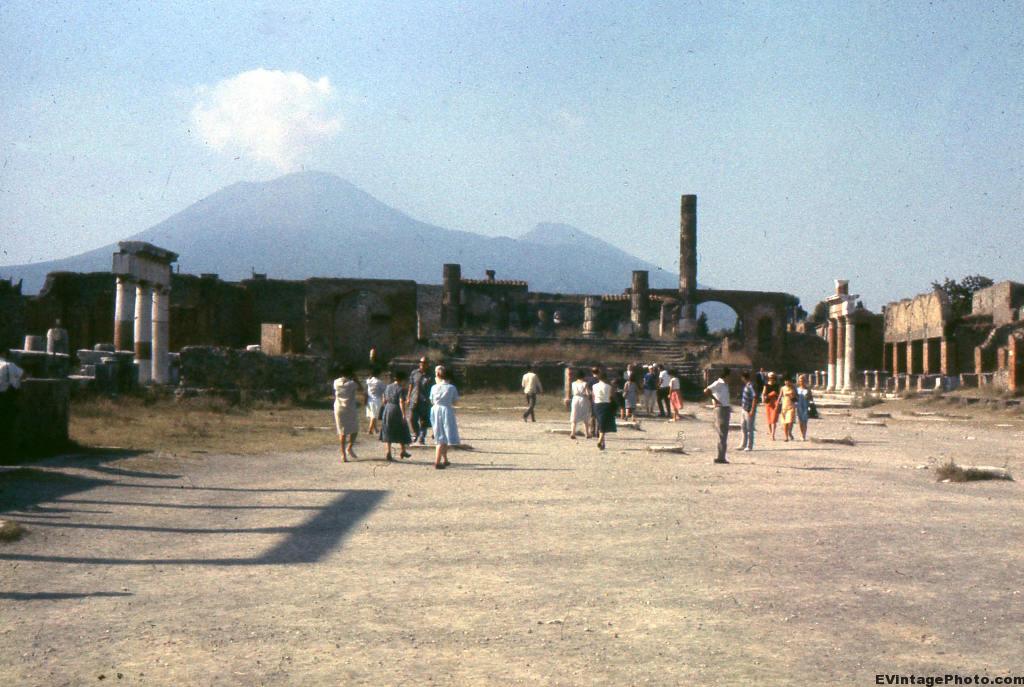 In 79 AD, Mount Vesuvius erupted and covered the city in thirteen to twenty feet of ash and pumice. The site was first rediscovered in 1599, and then again in 1748 by Spanish engineer Rocque Joaquin de Alcubierre. This quick destruction preserved the city giving us a curiously intimate look into early Roman culture and day to day life.

Today Pompeii is Italy’s most popular tourist destination with 2.5 million visitors a year. It is also an UNESCO World Heritage Site.