I found this awesome family photo in an antique store recently and simply could not pass it up.

What really got my eye was the neat and precise hand writing on the back. We’re missing a couple of names, I’m assuming of the middle two people in the bottom row. The other thing I noticed is that not everyone is looking at the camera, was there a second one present? I guess only Allbrecht, Berli, Fritz, Lidja, Lisi, Greli, Emmy, Lina and Heidi know for sure. 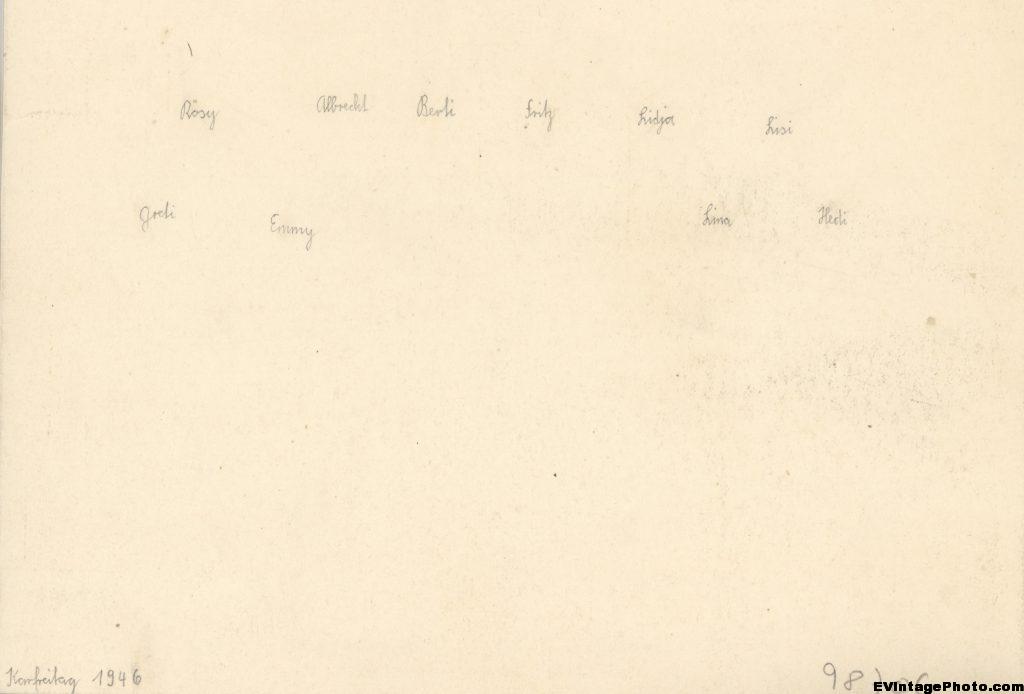 The photo was labeled as Kerrfrielag Family by the seller, which I realized likely wrong. If I’m reading the handwriting correctly, it’s actually Karfreitag. Or as they say in the Old Country, Good Friday. So the photo would have been taken April 19th, 1946.

The date of 1946 is interesting, just over a year after Germany’s surrender in World War 2. Where was this photo taken? Were they in Germany or the United States at the time of this photo? What were their roles during WWII?