Astoria still exists as a quite popular tourist and supply town for the North West Oregon and South West Washington Coast. But nothing remains of Megler except for the ferry dock pilings and a wide spot in the road where cars waited for the ferry to dock.

Read more about the Astoria-Megler Ferry 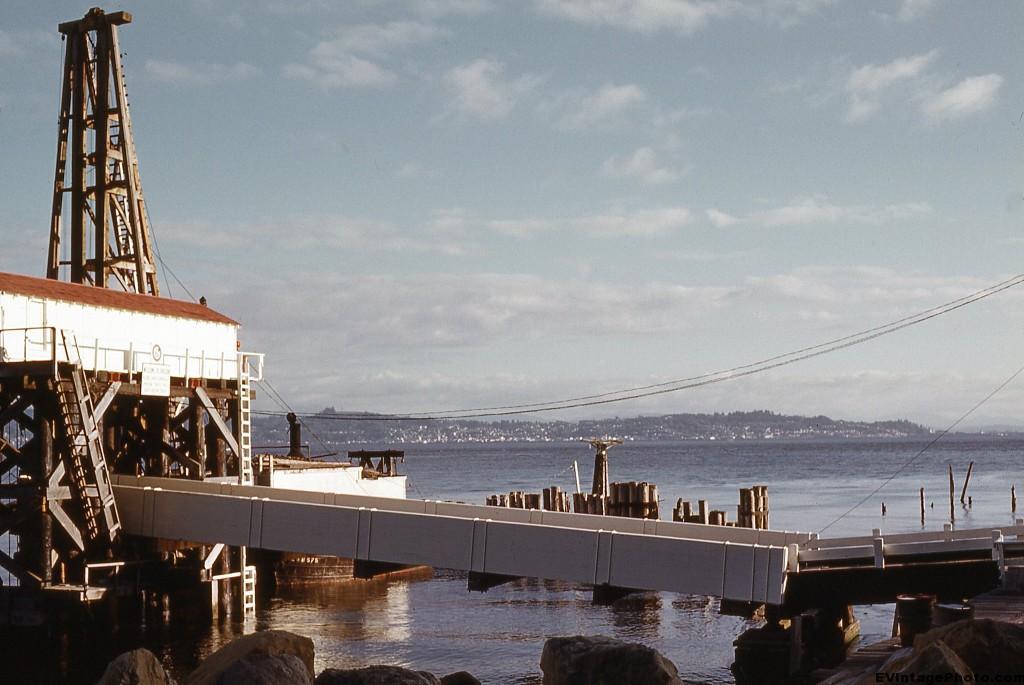 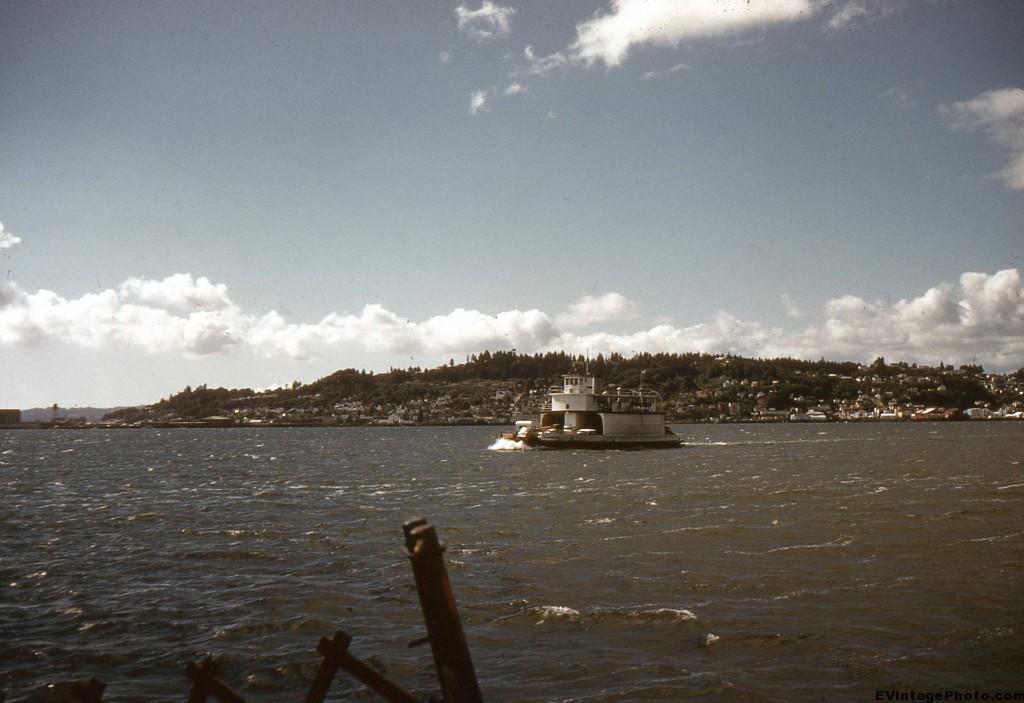 Today’s picture is showing off Timberline Lodge Snow Pack on Mt. Hood in Oregon. The picture dates from 1955. I can’t tell if we’re early or late in the season here. But the freshness of the snow leads me to believe it’s probably early still. This portion of Mt. Hood routinely gets 400-500 inches of snow per a year, and 600 is not unheard of.

Just out of site around the corner of the road is Timberline Lodge. The lodge was built by the WPA between 1936 and 1938. Original plans called for the building to be a multi-story glass edifice, but wiser heads prevailed giving us this gorgeous building. At the time of this picture the lodge may actually have been closed due to financial issues even though it was only 20 years old. Luckily those issues have long been resolved and the lodge is again open and running year round. While the road is wider, the parking lot bigger, and another ski shop area added, the lodge is essentially unchanged. Today it’s still a popular destination resort both in and out of ski season. 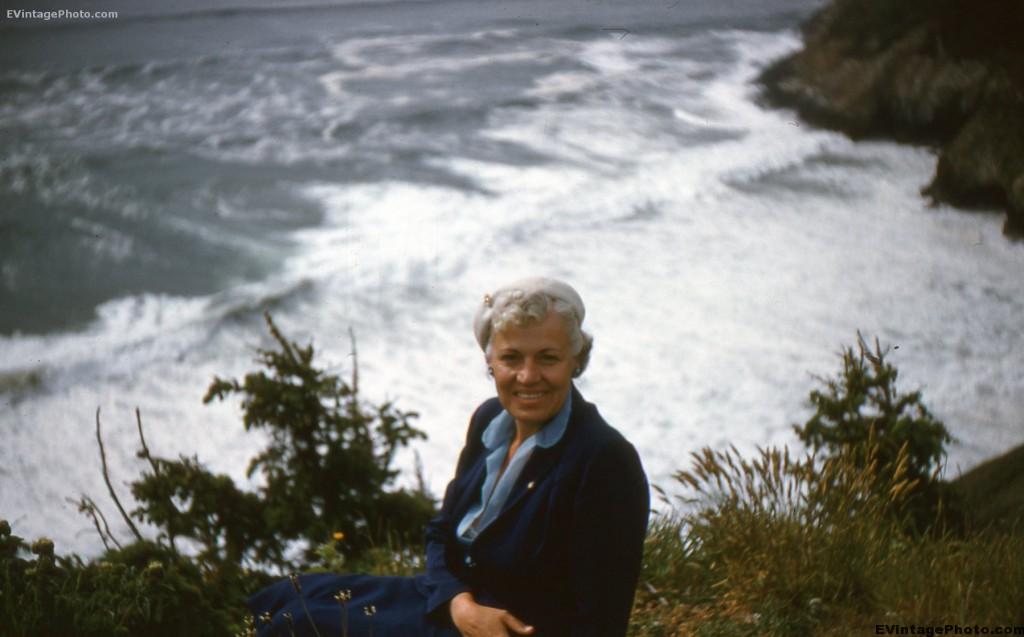 Tourist on the Oregon Coast.

I’m pretty sure this picture was taken at the Oregon Coast just north of the Sea Lion Caves. On the head in the background would be the Heceta Head Lighthouse.

This is one of three Magic Lantern Slides I currently own. The location, Wizard Island in Oregon’s Crater Lake, looks much the same now as it did over one hundred years ago when it was photographed. 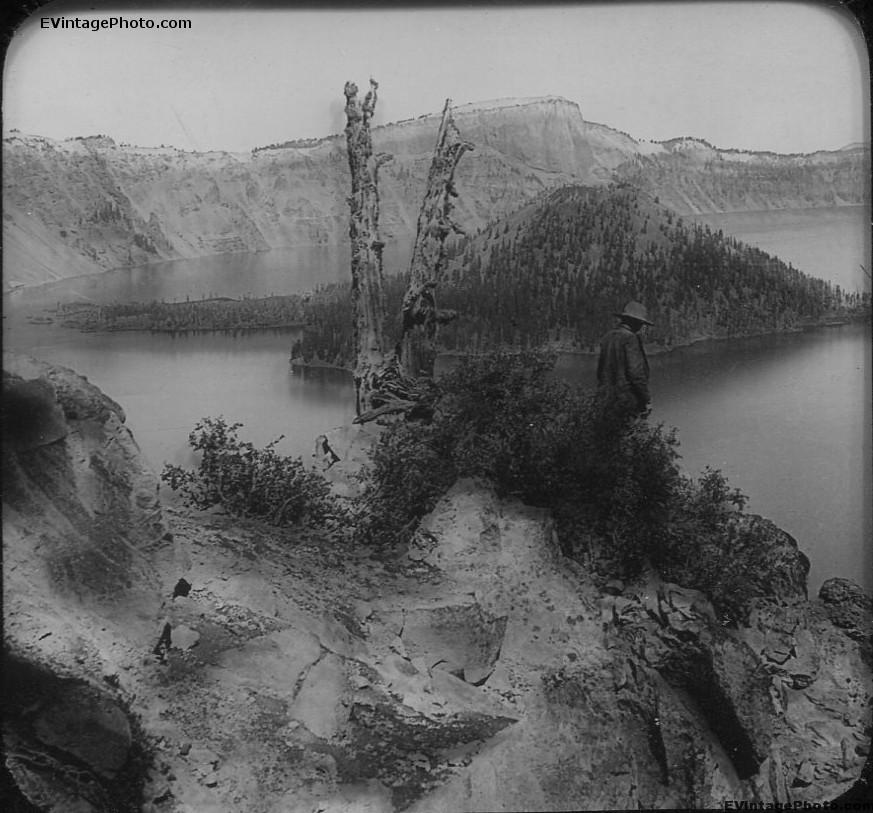 As far as I know this is the earliest photo of Crater Lake and specifically the old cinder cone now known as Wizard Island. The exact date is unknown, but likely in the 1860 to 1880 time frame. Nor is the photographer known as far as I can tell. The slide is #14103 of those produced by Keystone View Company Studios. There is no further information other then that. 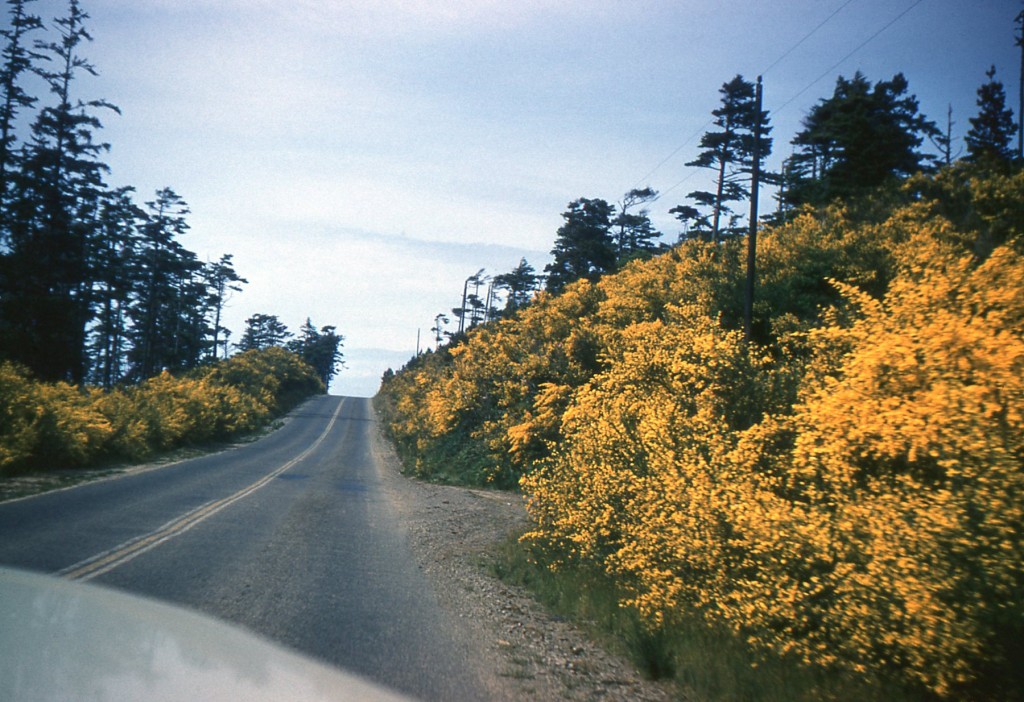 The invasive species, Scotch Broom, along an Oregon Coastal Road. Vintage Photo from 1949.

Offbeat Oregon states that it was introduced by George Bennet, an settler from Ireland who settled on the southern Oregon Coast and built the town of Bandon. The town burned down, the second time, September 26, 1936.

Since then it has spread across much of Oregon and has become a huge pest. It costs about the state about $40 million in lost revenue every year. There are many movements to try to eradicate it, but over all it is only marginally effective.