At the time of this picture, the SS United States would have been only ten years old. She was partially funded by the United States Government as it was designed to easily be converted into a troop carrier just like it’s predecessors during World War II. She was built of aluminum to reduce weight and increase her top speed. She was also built to the United States Navy’s specifications for warships. As such no wood at all was used in the construction, including furniture and artwork on the ship. 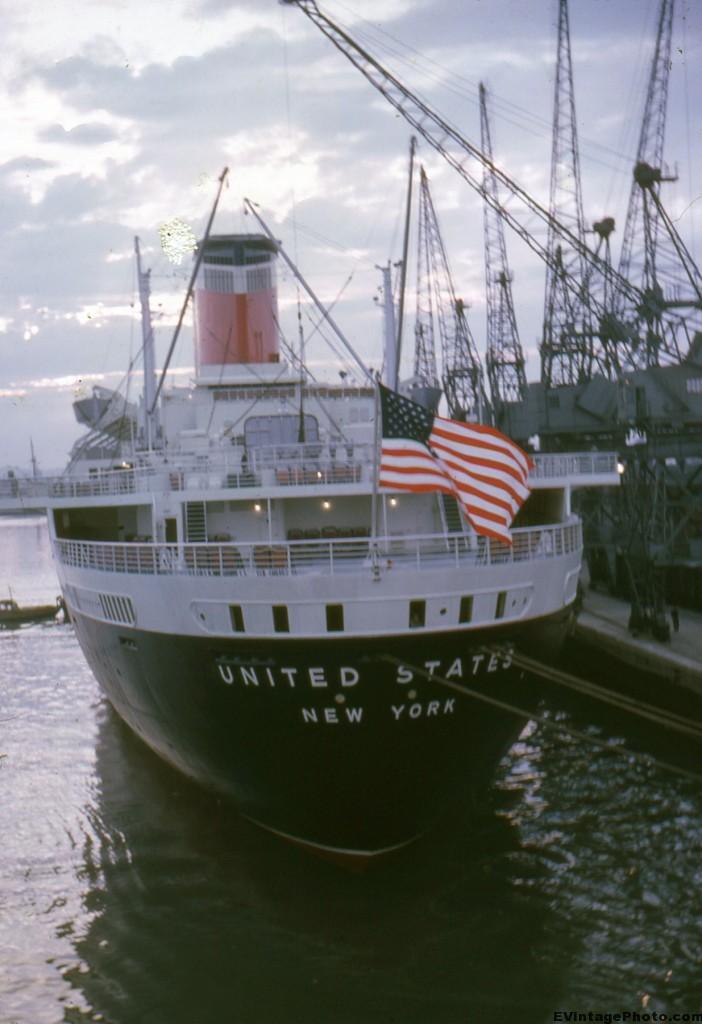 I don’t know where this photo was taken, but it’s a bit odd that there are cranes on the dock. This may have something to do with the fact that the SS United States is 990 feet long, 100 feet longer then the Titanic was. She is also 101 feet wide, which gave two feet of clearance on each side when going through the Panama Canal in those days.

By 1969 Trans-Atlantic cruises were no longer profitable and the SS United States was mothballed. It went through a succession of owners who had plans to update it and put it back in service but these all failed. In 1999 the SS United States Conservancy got the ship put on to the National Register of Historic Places. They were finally able to take possession of the ship in 2011 after paying $3 million to purchase it from Norwegian Cruise Lines.

While in dire financial straights, the SS United States Conservancy is working hard to get the ship moved to New York City where it will become an stationary attraction. Currently it’s located at the docks in Philadelphia.

The area seems to be known for it’s wooden boats, with several famous manufacturers based there. These gorgeous wooden masterpieces are something the owners continue to be proud of and no doubt take every opportunity to show off. I wish I was able to identify the boats in these pictures better. If you have any idea the names of the boats, or any information I’d love to hear about it in the comments below. 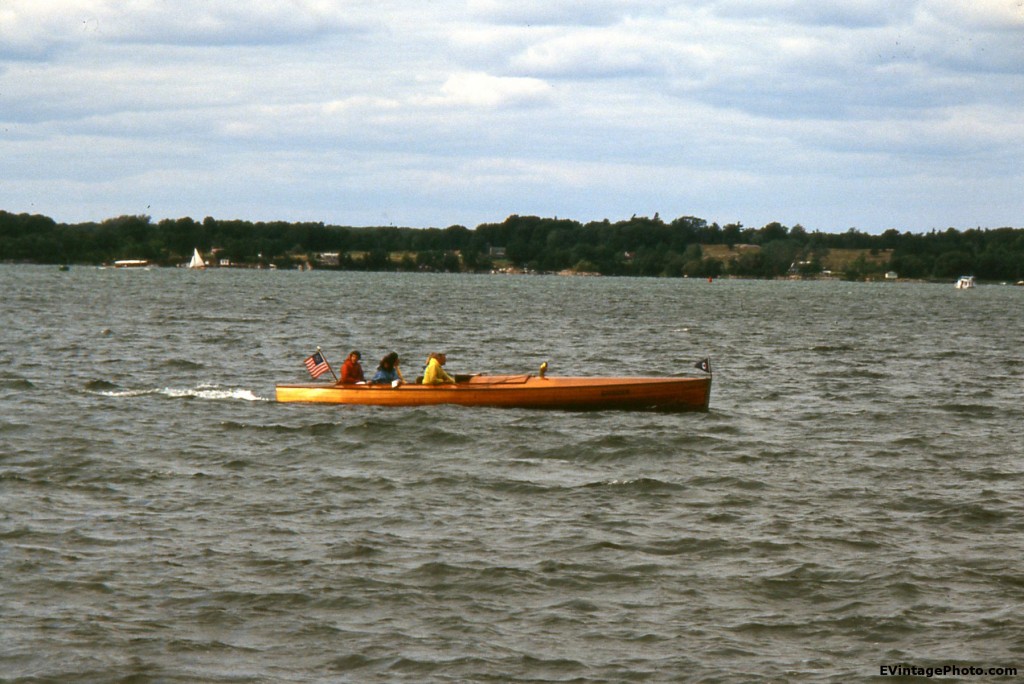 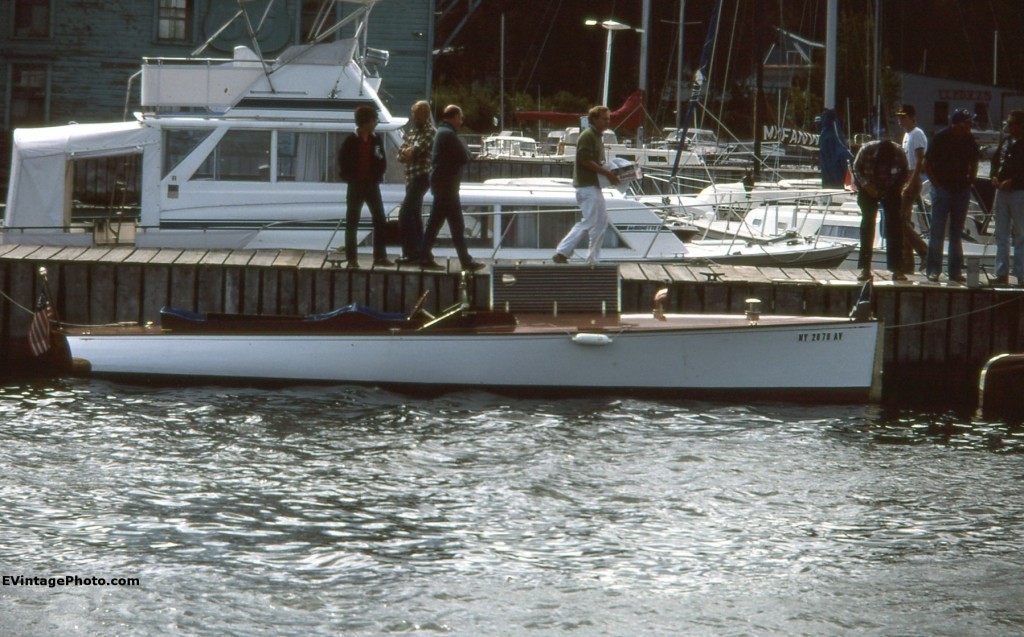 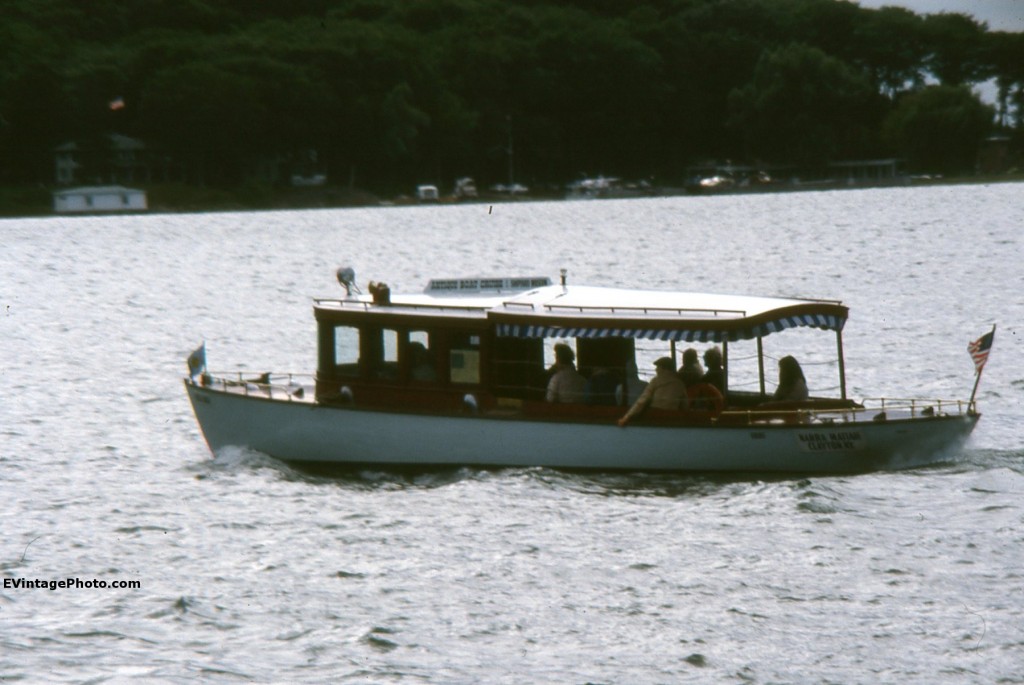 Vintage photo of the 50 foot passenger launch, Narrah Mattah from 1982 at the Antique Wooden Boat Show.

This last boat, I was able to identify. It is the “Narrah Mattah,” a 50 foot long Elco Launch built in 1902. It belongs to the Antique Boat Museum (formerly Shipyard Museum,) in Clayton New York. Narrah Mattah is said to be Iroquois for “calm still waters.”

It’s apparently a famous enough boat that it’s been mentioned in local newspapers quite a few times. The Ostego Farmer in Cooperstown New York, from August 10, 1956 mentions that it led 40 boats in the Otsego Lake Boat Association Parade. In August 1980, it was mentioned again in the Courier & Freeman of Potsdam, N.Y in a news article about the 16th Annual Antique Boat Show. Lastly, it was mentioned in the February 8th 2001 in the Ocean City Sentinel. According to the article the Narrah Mattah is giving short sightseeing cruises around the lake.